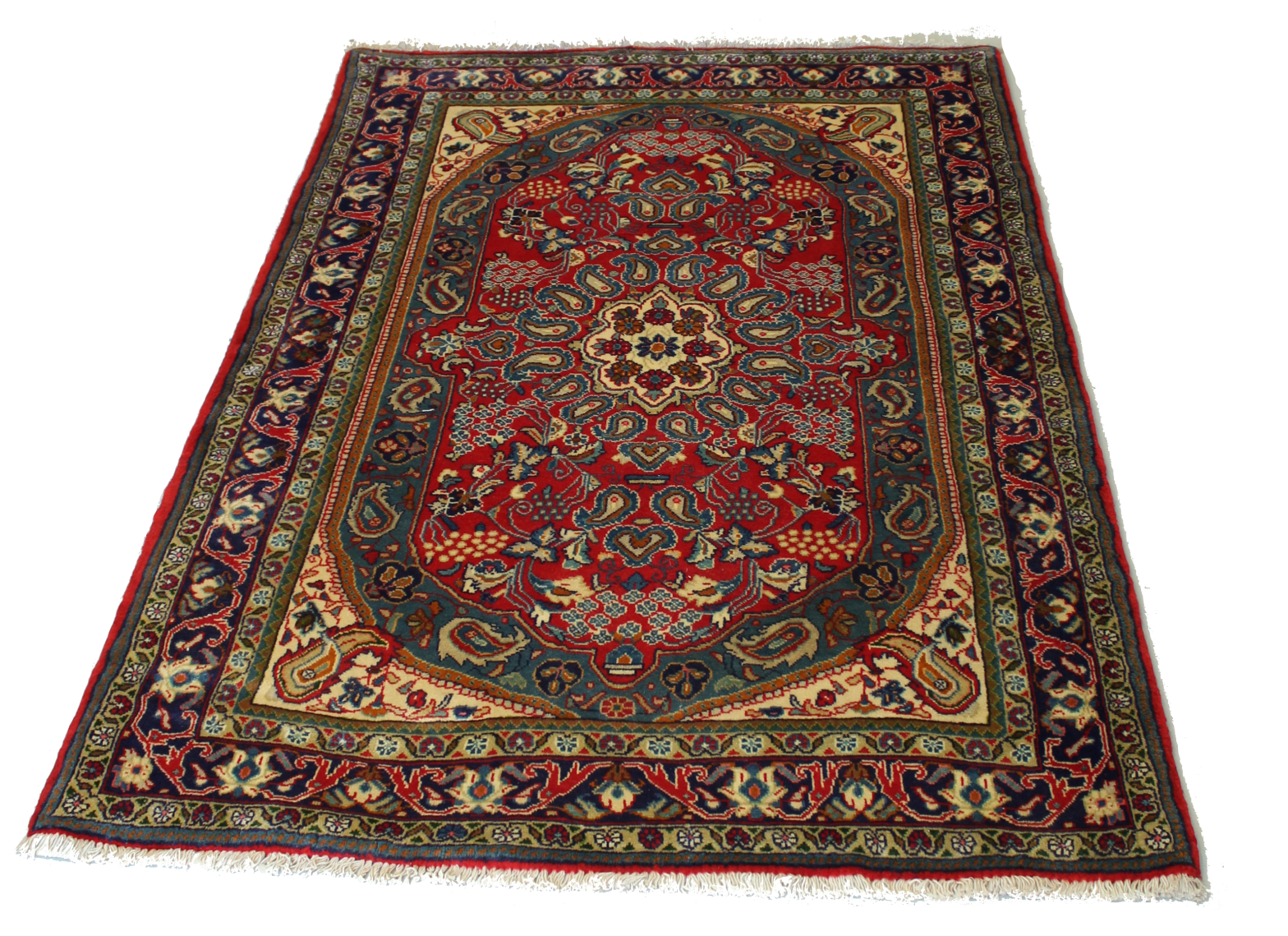 Isfahan (Isphahan)
The old capital of the Safavid dynasty is still an important craft centre and produces some of the finest rugs made in Iran. The designs used in Isfahan are inspired by the elegant and intricate patterns that were first produced by the court weavers of the 16th and 17th century. They usually consist of intertwining arabesque vines, flowers and palmettes surrounding a central medallion, with corner designs that are adapted from the medallion (double niche medallion). Another popular style made in Isfahan is the picture rug, particularly illustrations of scenes from the works of Omar Khayyam. All these designs are usually worked in a wide range of light, bright, contrasting colours, without the subtle gradation seen in older Iranian weaving.

When looking at Isfahan rugs, it is important to avoid on possible source of confusion – some modern rugs that are called Isfahan are actually made in the area around Meshed. These rugs bear no resemblance to the rugs actually made in Isfahan; there are great differences between the two areas not only in the colours used, but also in the quality of the materials and weaving technique.

Isfahan rugs generally have cotton foundations and a closely woven wool piles; silk is often use as a pile accent. The finest rugs from Isfahan are woven on silk warps with wool pile and have over 650 knots per square inch. All Isfahan rugs are available in a range of sizes, from mats to room-sized carpets that are 14×10 feet and up. The larger carpets can be less finely woven but if they are finely woven, they will be very expensive.

Rugs from Isfahan, although expensive, are a wise choice for buyers interested in investment value of a rug. In fact, fine Isfahan rugs have such a sure value they can almost be used as currency. Small pieces are easy to store or display, and they are often used as wall hangings.

All our rugs at Oriental Rug Gallery are hand weaved carpets by professional rug artisans, village weavers and nomadic tribes in Middle East, Asia, Eastern Europe and Africa regions. Our rugs range from designer artist labels to rugs lovingly created by women at home. Oriental Rug Gallery specialises in Persian rugs, but we also have a selection of other authentic rugs from other regions in the world. Give us a call on 07768616666 to find out more about this rug.