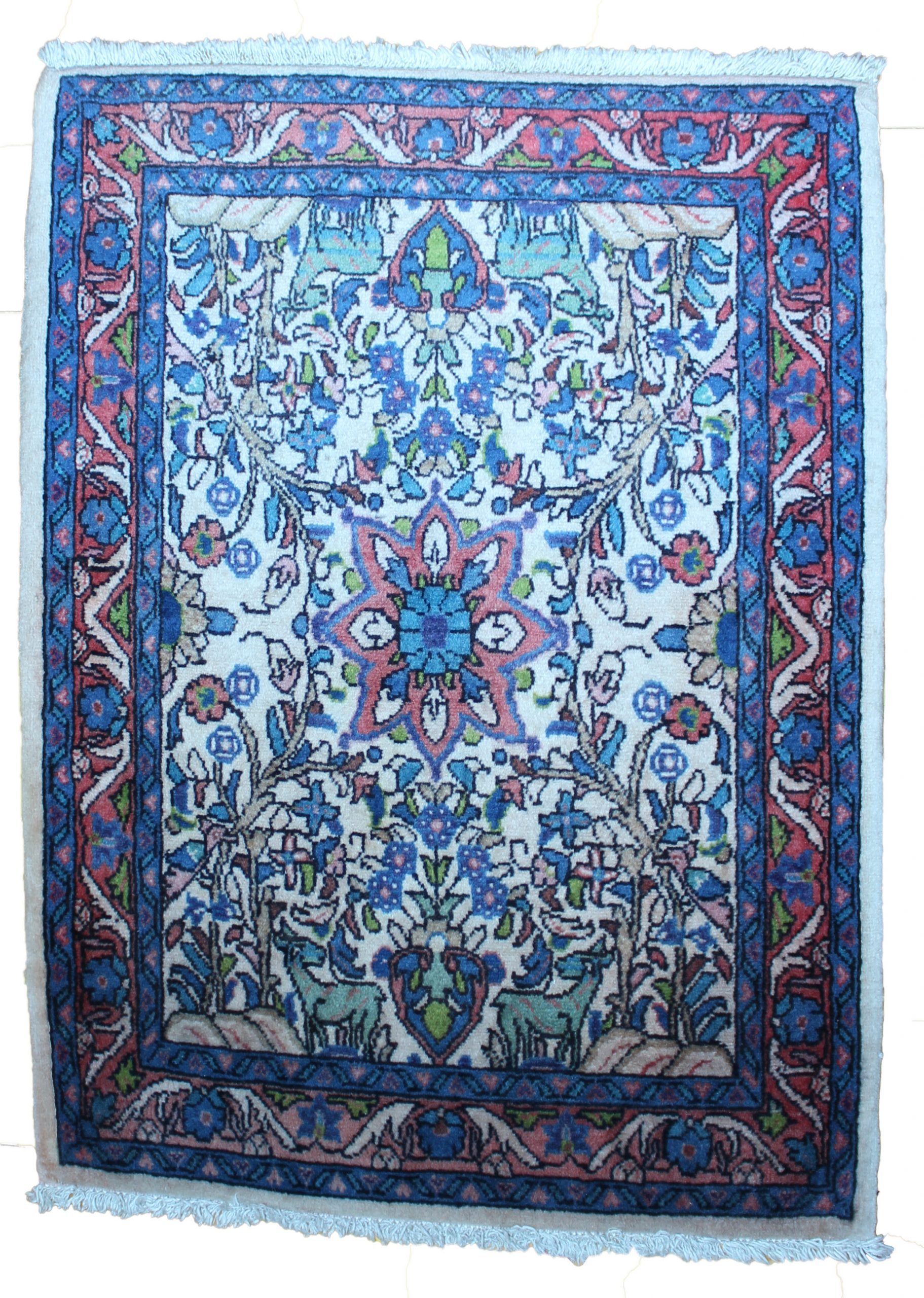 Inspired by Tree of life design with vases of flowers, and animals of birds and deers adjacent to the vase of flowers. Highly finely knotted with clear, precise patterns.

Hamadan
The city of Hamadan is the centre of a large weaving area in western Iran that encompasses hundreds of villages and tens of thousands of looms. Each village in the Hamadan district has its own distinctive weaving tradition, and these dictate the precise patterns that are used and the sizes that are made. However, almost all rugs from the Hamadan region use the same basic colour palette: the designs are woven in primary colours, usually with backgrounds of ivory, red, blue or brown.
Hamadan designs are generally fairly simple, and they usually incorporate floral elements. You may have heard of the one of the most famous of these patterns, which was named for the village of Heart. At one time, rugs worked in the Herati pattern were exported from Hamadan in large numbers, but since the Second World War fewer and fewer of them have been produced.
Rugs from the Hamadan region are woven with Turkish knots on cotton foundations and, except for those called Kasvins, they all have single wefts. This produces a distinctive herringbone pattern on the back of the carpet. Camel hair is often used for the pile, and when wool is used it ranges from coarse to medium in quality. The pile is usually sheared to a medium height. Although the dimensions of the rugs vary from village to village, most Hamadan carpets are made in comparatively smaller sizes, from mats to 12 by 9 foot room sizes and runners.